You are browsing the site archives by month.
28Feb 2016

Woke up this morning to find BigCloset down.

I didn’t have my load-monitoring script running on the front end because I wasn’t that worried about it. But I am now.

My htop session had died but was spiked over 21.5 when it did. For a general idea, a load of 1 == 1 Loaded CPU thread. We have a capacity of 6 threads so a load of 6 == Server is at capacity. A load OVER 6 == We’re over capacity, but if things slow down a bit, there is a chance to catch up.

As best I can tell at 3:11am Central time (4:11am eastern/my time) LogRotate ran and HUP’d all the services so that it could properly rotate the log files, and Apahce threw this error:

I think the CPU load was spiked way over 21 by that point (my htop session died about 12:53am when it showed 21.49 for the immediate average, and 14:50 for the 15 minute aggregated average load. It was climbing and I don’t have any confidence that it would have been able to drop far enough in 2 hours for this to not be the issue when logrotate ran.One front end is NOT going to be enough for BigCloset while using PHP5.6 and we aren’t going to be able to get PHP7/HHVM working for probably a couple weeks (possibly months) at best. And it won’t be an off the shelf solution. At best it would be me tracking down code errors, profiling them, and submitting patches to various Drupal code projects and hoping they get accepted to mainstream and us running custom-patched code till they do. We can either load a 2nd Front end, or load more CPU cores onto the one we have.

I will tweak and install my load monitoring script later. I was originally written for a situation just like this. Where we were throwing too much at a dieing server and wrote a script to watch for dead processes and high loads and kill things appropriately. We eventually fixed this by opening our Bridgewater,NJ pop.

Ariel (Back End/DB Server)
Things seem to be operating within acceptable limits at the moment. I’ve had things switched over for maybe 10 minutes at this point. The site is still fast in places, a bit slower in others. It is DEFINATELY stressing the front end server more. Jumping the load average from under 0.5 consistently to over 2.0 consistently.-Piper
26Feb 2016

We tracked down what seems to be crashing HHVM and are researching possible fixes.

We are currently up and running using HHVM via Cloud in a “cobbled together” way. It is a less than ideal setup so I still need the VM re-imaged.

The method we have cobbled together right now seems to “fail” for HHVM every 8 hours or so in our initial tests, so I’ve written my own set of scripts to monitor the site and take automated action based on results. It’s kinda primitive but works 🙂 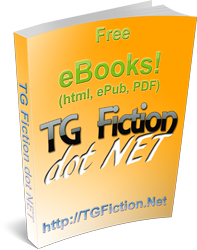